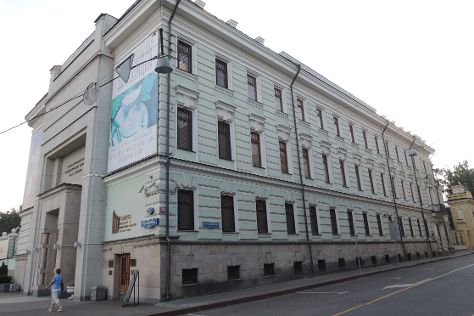 Russia's political, economic, and cultural center, Moscow remains the most populous inland city in the world, famed for its colorful history and rich architectural heritage.

Explore hidden gems such as Borovsk Paintings and Kazan Cathedral. Venture out of the city with trips to Vysotskiy Monastyr' (in Serpukhov), FREEZONE Aerodynamic Complex (in Sharapovo) and Sergiyev Posad (Cathedral of the Assumption & Gefsimansky Chernigovsky Skit (convent)). Next up on the itinerary: appreciate the history behind Monument to Conquerors of Space, take in the spiritual surroundings of Church of The Holy Virgin, engage your brain at Eksperimentanium, and admire the striking features of Donskoi Monastery.

Things to do in Moscow