Known as the "Venice of America" because of its extensive network of navigable waterways, Fort Lauderdale welcomes over 10 million annual visitors, most of them attracted by the city's popular beaches and marinas.

On the 21st (Sun), get a taste of the local shopping with Aventura Mall.

For maps, photos, more things to do, and more tourist information, you can read our Fort Lauderdale trip itinerary builder app.

Miami to Fort Lauderdale is an approximately 1-hour car ride. You can also take a bus; or take a train. In July, daily temperatures in Fort Lauderdale can reach °F, while at night they dip to °F. Finish up your sightseeing early on the 21st (Sun) so you can travel to Paris.
more less

Things to do in Fort Lauderdale

Museum-lovers will appreciate Louvre Museum and Musee d'Orsay. Eschew the tourist crowds and head to Ile Saint-Louis and Île de la Cité. Change things up with a short trip to Palace of Versailles in Versailles (about 48 minutes away). There's much more to do: pause for some serene contemplation at Basilique du Sacre-Coeur de Montmartre, take a stroll through Montmartre, steep yourself in history at Eiffel Tower, and admire the landmark architecture of Arc de Triomphe.

To find traveler tips, where to stay, more things to do, and other tourist information, read Paris online trip itinerary planner.

Palace of Versailles
Find places to stay Jul 22 — 26:
Hotels on TripAdvisor
Homes on Airbnb
Highlights from your plan

To find more things to do, photos, ratings, and more tourist information, you can read our Amsterdam holiday website.

Take a train from Paris to Amsterdam in 4.5 hours. Alternatively, you can fly; or drive. Traveling from Paris in July, you will find days in Amsterdam are slightly colder (°F), and nights are about the same (°F). Cap off your sightseeing on the 1st (Thu) early enough to travel to Copenhagen.
more less 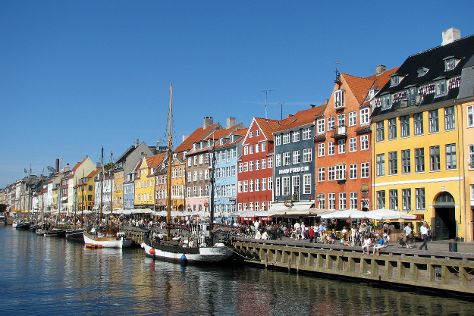 Founded in the 10th century as a Viking fishing village, Copenhagen has morphed into the cultural, political, and economic powerhouse of the country.

Step off the beaten path and head to Rosenborg Castle and Stevns Klint. Take a break from the city and head to Avno Naturcenter and Amager Strandpark. Explore Copenhagen's surroundings by going to Helsingoer (Kronborg & M/S Maritime Museum of Denmark). Next up on the itinerary: get to know the fascinating history of Nyhavn, look for gifts at National Gallery of Denmark, examine the collection at The Open Air Museum, and get a sense of history and politics at Christiansborg Slot.

For photos, other places to visit, ratings, and tourist information, you can read our Copenhagen trip website.

Traveling by flight from Amsterdam to Copenhagen takes 4.5 hours. Alternatively, you can drive; or take a train. In August, daily temperatures in Copenhagen can reach °F, while at night they dip to °F. Finish your sightseeing early on the 9th (Fri) to allow enough time to travel to Paris.
more less

Things to do in Copenhagen 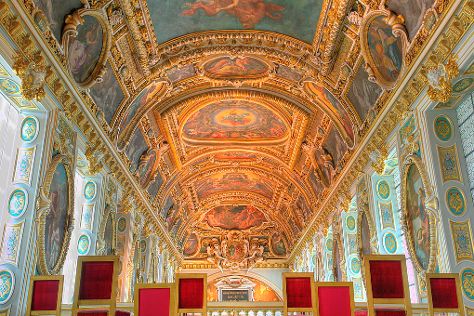 Do your shopping at Saint Germain des Pres Quarter and Avanti la Musica. Visiting Arboretum des Grandes Bruyères and Seine River will get you outdoors. You'll find plenty of places to visit near Paris: The Trianons & The Hamlet (in Versailles), Chateau de Fontainebleau (in Fontainebleau) and Orléans Cathedral (in Orleans). See some other sides of Paris: examine the collection at Musee Rodin, wander the streets of Le Marais, don't miss a visit to Pere-Lachaise Cemetery, and explore the world behind art at Centre National d'Art et de Culture George Pompidou.

For reviews, more things to do, maps, and tourist information, you can read our Paris travel itinerary planner.

Getting from Copenhagen to Paris by flight takes about 5 hours. Other options: drive; or take a train. Expect somewhat warmer weather when traveling from Copenhagen in August: highs in Paris hover around °F, while lows dip to °F. Wrap up your sightseeing on the 16th (Fri) early enough to travel to Stockholm.
more less

Beauty by the Water

One of Europe's most culturally diverse cities, Stockholm extends over 14 islands, united by a series of tunnels and bridges.

You'll get in some beach time at Strandvagen and Langholmen. Get a sense of the local culture at Vasa Museum and ABBA The Museum. Change things up with these side-trips from Stockholm: Uppsala (Godsmagasinet, Fjallnora Friluftsomrade, &more) and Stendorren Nature Reserve (in Tystberga). Spend the 16th (Fri) exploring nature at Ecopark. There's lots more to do: browse the exhibits of Royal Palace, learn about all things military at Royal Armory, appreciate the extensive heritage of Stockholm Old Town, and explore the world behind art at Moderna Museet - Stockholm.

For other places to visit, maps, ratings, and other tourist information, you can read our Stockholm vacation planner.

You can fly from Paris to Stockholm in 6 hours. Other options are to drive; or take a train. When traveling from Paris in August, plan for little chillier days in Stockholm, with highs around °F, while nights are about the same with lows around °F. You will have some time to spend on the 24th (Sat) before leaving for home.
more less

Things to do in Stockholm