©
This plan was created by another user. Make it your plan
Edit start date
Want to change plan duration?

©
Start off your visit on the 25th (Wed): take in the spiritual surroundings of Adhishakthyathmaka Sri Annapoorneshwari Temple.

To see other places to visit, where to stay, more things to do, and other tourist information, read Horanadu online trip itinerary maker .

Bengaluru to Horanadu is an approximately 6.5-hour car ride. Traveling from Bengaluru in December, things will get somewhat warmer in Horanadu: highs are around 38°C and lows about 25°C. Wrap up your sightseeing on the 25th (Wed) early enough to travel to Sringeri.
more less

Things to do in Horanadu 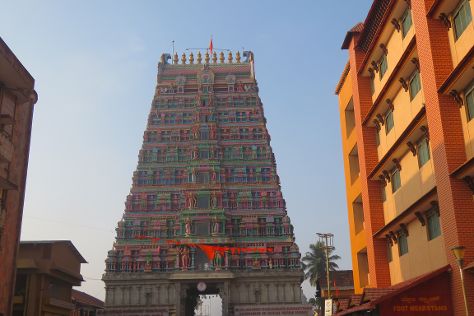 ©
Sringeri, also written as Shringeri is a hill town and Taluk headquarters located in Chikkamagaluru district in the state of Karnataka, It is the site of the first maṭha (Sringeri Sharada Peeta) established by Adi Shankara, Hindu theologian and exponent of the Advaita Vedanta philosophy, in the 8th century CE It is located on the banks of the river Tungā and also a historical Temple (1200 years).Origin of the nameThe name Sringeri is derived from Rishyashringa-giri, a nearby hill that is believed to have contained the heritage of Rishi Vibhandaka and his son Rishyashringa. Kick off your visit on the 26th (Thu): don't miss a visit to kigga:: rishyasringa maharshi, contemplate in the serene atmosphere at Sri Kodandaramaswami Temple, and then contemplate in the serene atmosphere at Adi Shankara Temple.

Traveling by car from Horanadu to Sringeri takes 2.5 hours. In December, daytime highs in Sringeri are 38°C, while nighttime lows are 25°C. Wrap up your sightseeing on the 26th (Thu) early enough to travel to Murdeshwar.
more less

Things to do in Sringeri 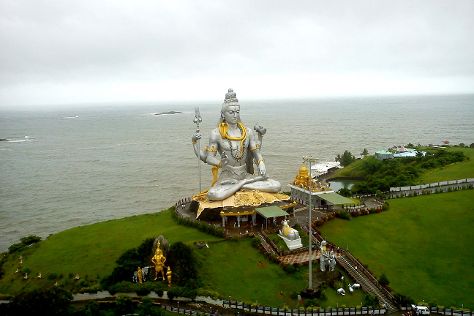 ©
Murdeshwar is a town in Bhatkal Taluk of Uttara Kannada district in the state of Karnataka, India. Start off your visit on the 27th (Fri): take in the spiritual surroundings of Kethapayya Narayan Temple and then enjoy the sand and surf at Murudeshwar.

For where to stay, other places to visit, traveler tips, and more tourist information, go to the Murdeshwar road trip site .

Drive from Sringeri to Murdeshwar in 4 hours. Cap off your sightseeing on the 27th (Fri) early enough to travel back home.
more less

Things to do in Murdeshwar

Murudeshwar
Find places to stay Dec 26 — 27:
Hotels on TripAdvisor
Homes on Airbnb
Highlights from your plan